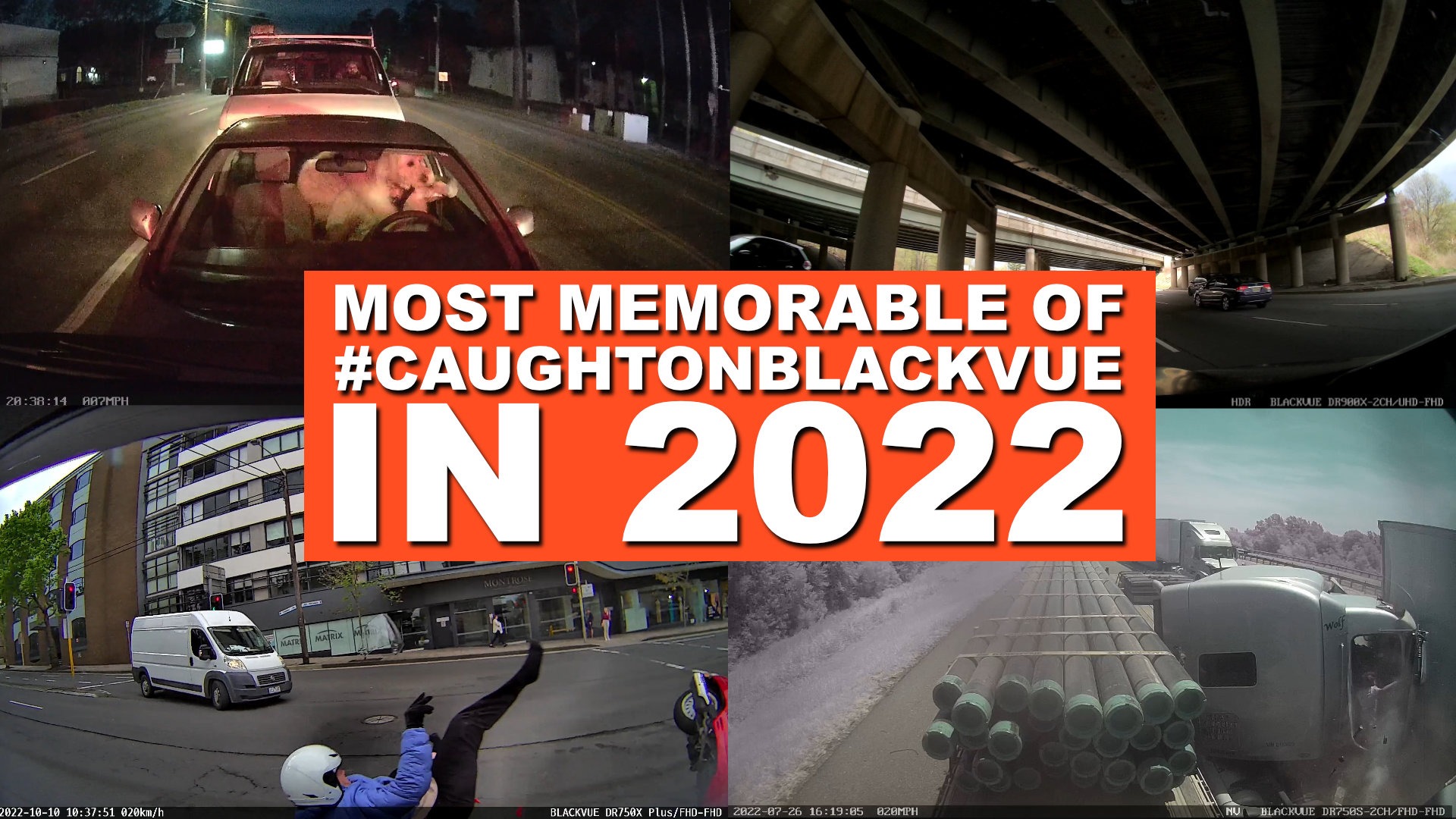 “The Best Of” Caught On BlackVue Videos In 2022

In the last week of the year we decided to select and show you the craziest, the most enraging and the most surprising #CaughtOnBlackVue submissions in 2022.

The first video we’d like to feature is a very dramatic footage sent to us by a truck driver. The was preparing to exit the interstate in Arkansas (Brinkley area) when his BlackVue dash cam’s rear camera caught another truck crashing. The truck overtook another (with the emergency lights on), but then the driver crashed into a sedan changing lanes and another truck just a bit further away. The truck’s cabin crashed into the back of another truck and was completely destroyed.

What’s worse, the truck’s door opened and at some point a child could be seen hanging for his life. Fortunately, everyone involved in the accident – the truck driver, his wife and their four (!) kids were unharmed.

This outrageous BlackVue footage was sent to us by a user who caught the people who took his car for a joyride – almost red-handed – thanks to his dash cam setup. He brought his car for service. Imagine his surprise when a little while later he received a notification on his phone – his vehicle was going over 95 mph (approx. 156 km/h)! That’s how he discovered the techs – who were supposed to be servicing his car – were joyriding it. The dash cam even captured the moment the techs complained about the traffic that prevented them from speeding!

This video shows a particularly blunt hit-and-run, a crash involving four cars, DUI and dogs running all over a busy intersection.

In the front camera view video we see the BlackVue user hitting the car in front of them. Thankfully, they had a dual channel dash cam and the rear camera showed exactly what happened. A white van, coming at a high speed, hit the car behind BlackVue user’s car, which caused a chain reaction. The car the van hit was a Honda Civic and suffered extensive damage to the rear. While the shocked Honda driver got out of his car to assess the damages, he forgot to close the door – and his two dogs escaped right into the intersection. While everyone was busy trying to round the dogs up to safety, the van driver patiently waited for the light to turn green… and fled the scene!

“I got his plate number and provided that to 911. The police were able to stop the van a few blocks away and arrested the driver for DUI and leaving the scene.” BlackVue user told us.

BalckVue user Marvin sent us this footage recorded on his BlackVue LTE dashcam. He was just taking off after the traffic lights turned green, when suddenly his car was hit by a speeding vehicle from behind. The footage recorded by the front camera tells just a part of the story – the rest was better shown by the dash cam’s interior IR camera, facing the driver. In that video we can clearly see the lights quickly approaching the back of Marvin’s car, then a crash and all the airbags exploding. The other driver, who was speeding and lost control over their vehicle, hit 5 cars in total (including Marvin’s) before stopping.

One of the latest features of 2022 is this chilling footage of a motorcycle accident.

Our Customer just bought his father a BlackVue dash cam for his daily drive. The dual-camera dash cam captured an accident that happened to him while he was crossing an intersection. Suddenly, a motorbike rider crossed on red, crashing into the side of his vehicle.

The rear camera video shows the aftermath – the rider flying in the air from the impact. Although the crash was serious, the rider was immediately taken care of. Luckily, an ambulance was just there, across the intersection waiting for the lights to change. The EMTs promptly took the rider to the hospital.

We received hundreds of BlackVue videos from you this year. We hope to continue this trend in 2023, so if you have BlackVue footage you’d like to share with the world along with your story, make sure to submit it here. And don’t worry if you already submitted and won – you can participate multiple times! Awesome prizes await every week!