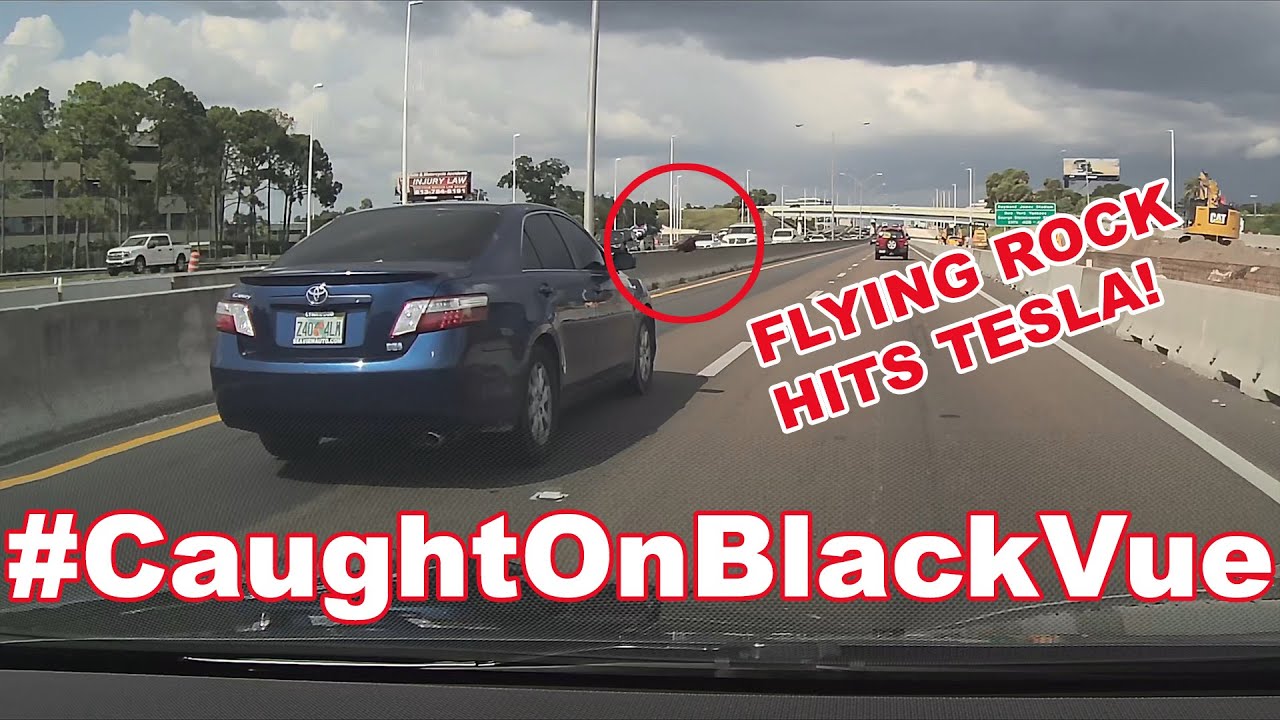 This week we are featuring not two but three BlackVue videos!

But here is the interesting part: they all come from one user, and all were recorded in the span of 3 years!

Dashcam Paid For Itself

A while back, BlackVue user Andrew and his wife decided to protect their new Tesla. They invested in a BlackVue model (newer version of the model they chose available here: DR750X-2CH). And sure enough, the dashcam came in handy just 18 months after the purchase! While at the carwash, another car backed up into the Tesla (despite Andrew’s loud honking!). The owner of the other car tried to lie to the insurance company, but the footage captured on BlackVue told a different story.

“The footage ensured that his insurance covered the repairs, which were surprisingly expensive due to sensors behind the front bumper.” Andrew told us.

The previous experience taught Andrew to be cautious. So when he got one of the first-ever Tesla Model 3s in late 2018, he installed another BlackVue (newer model available here) immediately. This time it only took 2 months before the Tesla was rear-ended!

Andrew said, “The inattentive driver stonewalled and said “there was no damage”. The body shop said otherwise, and the footage ensured that his insurance paid for those repairs.”

Impossible to prove if not for BlackVue

Third time is the charm, or so they say. The most surprising incident happened back in 2020. Andrew was driving his Model S Performance (only a year after he purchased it) past a construction zone.

Suddenly, he saw something flying towards the car and then a loud, thumping sound, indicating a direct hit. It was hard to understand what happened – and that’s when the 4K UHD BlackVue model (get the DR900X-2CH here) came to the rescue.

At first Andrew started calling around – but his own insurance company asked him “how could you possibly prove that something few out of the construction zone?”

Well, turns out he could!

He checked the 4K footage on the computer, slowed it down a bit… and here it was, plain as a day! It was a rock, coming straight from the construction at his car.

Andrew told us that, “The damage to my car was several thousand dollars, and there’s no way I could have recovered it without this proof.”

This BlackVue users swear by his dashcams. In fact, he told us that he plans to install another BlackVue dashcam in his new Model S Plaid later this month.

This time though he hopes that the only exciting things the dashcam captures will be his weekly drag racing events, as seen on his awesome YouTube channel we recommend you check out – Tesla Plaid Channel!

You can watch the #CaughtOnBlackVue video here or by clicking the thumbnail above. Please note that some of the footage was compressed (lower image quality).

Please remember that #CaughtOnBlackVue an ongoing event and it’s never too late to send us your video!

All you have to do is fill in the form and upload your BlackVue video (instructions on how to do so here). Every week we will pick a winner of the grand prize (either a BlackVue dashcam or the Power Magic Ultra Battery). Even if you don’t receive the grand prize, if your video is published on our blog or social media, you will receive a guaranteed BlackVue swag bag full of goodies!