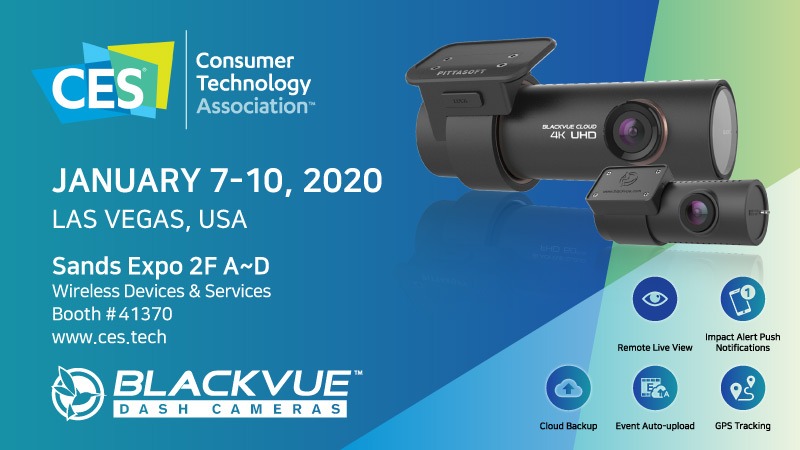 CES 2020 is going strong in Las Vegas and BlackVue is taking part this year!

The team on site has been extremely busy so far, with hundreds of visitors every day. If you follow us on Instagram, you already got a taste of what is coming. If you don’t follow us already, well, you definitely should but here is a little recap.

For the first time ever, BlackVue is introducing the upcoming DR900X and DR750X Series models, bound to replace the current DR900S and DR750S this year.

They will be quite similar in terms of specs to the current models. However, they will introduce novelties worth mentioning.
Their key distinctive features? For starter, improved thermals. While the case has the same overall form factor as the current models (a fact that accessories users will no doubt appreciate), they look different. That’s because they introduce a new design which, combined with internal tweaks, should improve heat resistance.

Another key feature is the introduction of a built-in voltage monitoring function for Parking Mode. In other words, you should be able to hardwire DR900X and DR750X directly to your fuse panel like you would do with a Power Magic Pro.

Last, but not least, is the addition of a micro USB port to provide external BlackVue router connectivity for Cloud features. The BlackVue router will be powered by the dashcam and include a SIM card reader.
Availability is unconfirmed at this time. Expect the dashcams to launch ahead of the router accessories in some markets, since the routers may have different specs for each country/carrier. The new dashcams should still support Cloud connectivity via third-party 4G LTE Wi-Fi router as in current DR900S and DR750S models.

The latest version of the DR750-2CH LTE, with built-in 4G LTE connectivity, is also on display. First announced over a year ago, the model has gone through multiple cycles of testing and modifications. While heat dissipation issues have been resolved, the complexities of dealings with network carriers and certifications remain. This means that a North American release is still unconfirmed at this point. Japan and Australia are planned to be the first launch countries for the DR750-2CH LTE in Q1 2020.

Other things to check at the BlackVue booth

BlackVue Cloud, BlackVue Fleet Tracking and all desktop software and mobile apps are going to see significant changes in 2020. A representative of our Platform team is on site to answer your questions on user interface improvements and upcoming Cloud features.

CES showcases more than 4,500 exhibiting companies, including manufacturers, developers and suppliers of consumer technology hardware, content, technology delivery systems and more; a conference program with more than 250 conference sessions and more than 170,000 attendees from 160 countries.