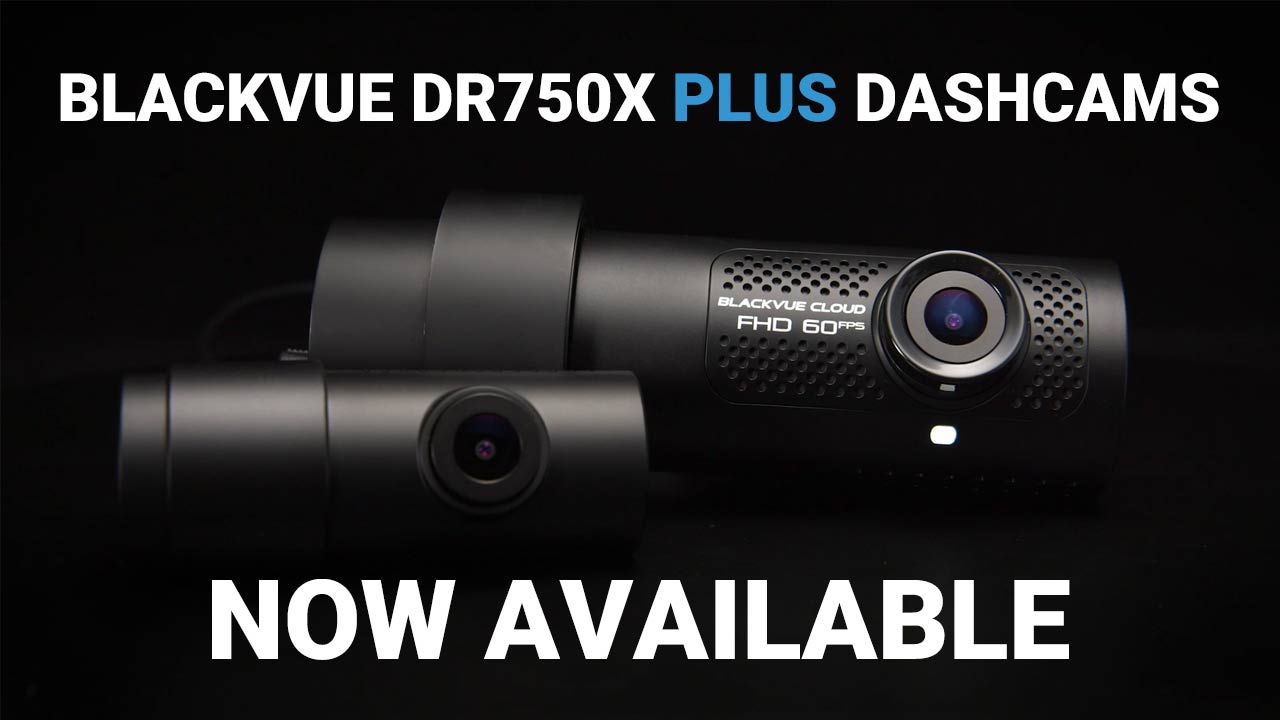 The DR750X Series Full HD Cloud dash cams are getting a refresh. Introducing DR750X Plus Series.

The new models, DR750X-1CH Plus and DR750X-2CH Plus, while similar in appearance to the DR750X Series, introduce fundamental changes and upgrades to the current Cloud Full HD dash cam lineup.

What remains from the DR750X Series

All the features you love

The DR750X Plus Series maintain all the DR750X Series features. Those include built-in G-sensor (to sense impacts), GNSS (GPS + GLONASS), Wi-Fi and Cloud connectivity via third-party router or dedicated Connectivity Module.

Also included is the built-in voltage monitoring feature, which allows you to hardwire the dash cam to your car’s fuse panel without the need for additional accessories. That way, when you leave your vehicle, BlackVue goes into Parking Mode while monitoring the voltage from your vehicle’s battery and shuts down if the voltage gets too low. Of course, you can also opt for a dedicated Parking Mode battery to completely preserve your vehicle’s battery.

DR750X Plus Series also packs multiple features to ensure the safe recording of your valuable videos.
Adaptive Format-Free File Management and Scheduled reboots help minimizing risks of file error. Meanwhile, because microSD cards are consumables that can support a finite number of write cycles, SD Card Failure Alert warns you when the SD card cannot be written anymore. For those who just want a dash cam they can set and forget, that feature can be a true lifesaver. Finally, with Event File Protection, you can prevent up to 50 Event videos from getting overwritten by regular footage.

What’s New in the X Plus Series

The main change brought by the Plus Series is an improved Sony STARVIS™ CMOS sensor. The image sensor in the DR750X-1CH Plus and DR750X-2CH Plus (front and rear) have a much better ability to preserve details in extreme lighting conditions.

To illustrate this, have a look at these screenshots. At night, while the DR750X Plus footage may look slightly darker at first glance, it is in fact much better exposed. In other words, the sensor is better able to preserve the critical details in the highlights (here, the license plate number), while simultaneously maintaining nuances in the shadows.

Halos around light sources are also minimized by the new sensor compared to its predecessor.

The same thing happens with the daylight videos. Looking at the images below, you can see that where the DR750X shows a slightly overexposed center and darker sides, the DR750X Plus keeps everything evenly exposed and produces richer colors.

Before the DR750X Plus Series, BlackVue designed the 1CH models as 1CH only, without a secondary camera port.

For the first time, the single-channel version (DR750X-1CH Plus) comes with a port for a secondary camera.

This means you can get the 1CH model first and upgrade to 2CH at a later time.

Note that it is still more economical to buy the 2CH model right away as compared to getting a 1CH camera and adding a rear camera later. Still, it is nice to know that you can upgrade later.

Single firmware for all DR750X Plus models

In conjunction with the addition of the rear camera port to the 1CH version, the DR750X Plus Series simplifies the firmware system.

The 1CH and 2CH versions both share the same firmware. That means in case you get the 1CH and add a rear camera later, you won’t have to worry about installing a new firmware.

How to spot the differences between DR750X and DR750X Plus?

Although there are very subtle differences, the DR750X and DR750X Plus look mostly the same. In order to identify a model without its packaging, your best bet is to look at the label on the dashcam. To reveal the label, unplug the cables from the front camera, press the LOCK button on the mount and pull to unmount the camera.

DR750X-1CH Plus and DR750X-2CH Plus are now available in the BlackVue online Shop.
The Taxi (IR) and TRUCK versions are expected to follow in the coming weeks.

Compatibility with past accessories

Wondering which accessories and past models’ cables are compatible with the DR750X Plus Series? Check out this FAQ.