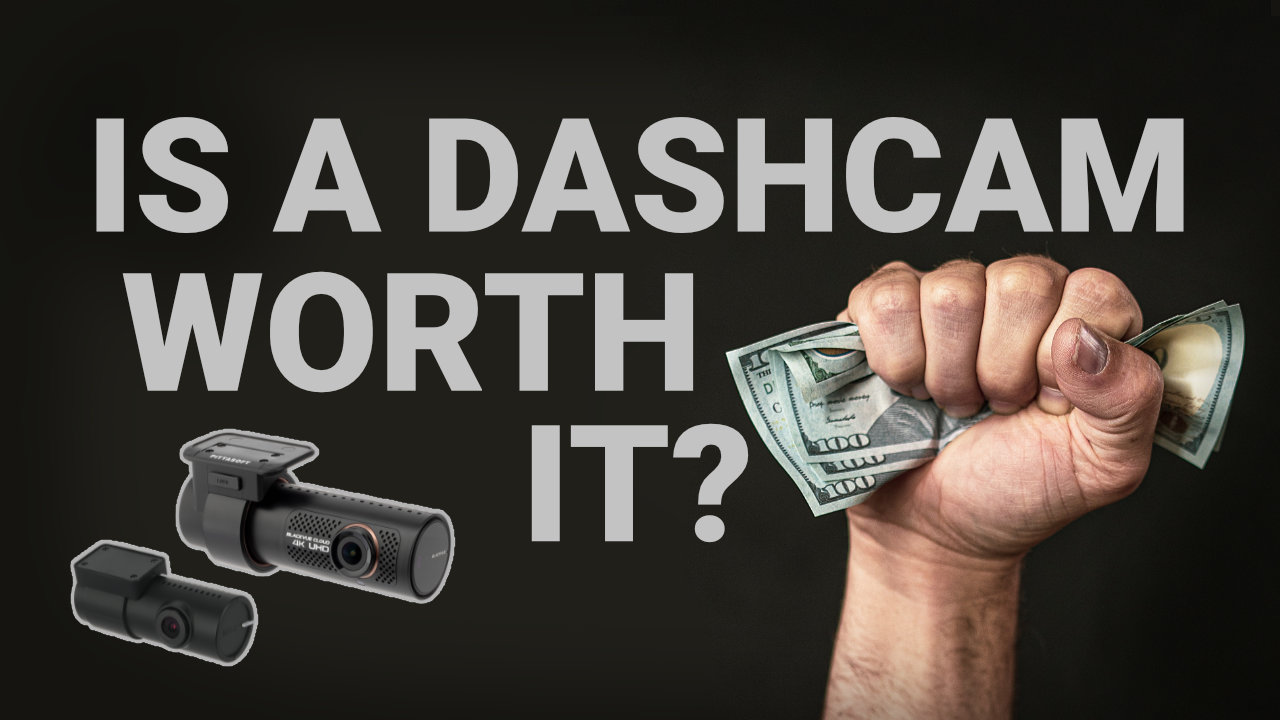 Is A Dash Cam Worth It? (With Examples!)

So you’re wondering if having a dash cam is worth the money it costs and the hassle of installation. What the internet has to offer are mostly articles simply listing the arguments for and against getting a dash cam. We went a step further – we made a list, but with real-life examples from dash cam users.

Over the years we’ve collected quite an inventory of dash cam footage from various BlackVue users, who submit their videos for our ongoing #CaughtOnBlackVue event. There are countless stories supporting the assumption that a dash cam is worth it, but don’t just take our word for it and take a look at the list (and videos) below.

Evidence in case of an accident

First and foremost, a dash cam is your objective eyewitness.

Dash cam footage can be your best defense against “he said, she said” situations. Like in this video shared by BlackVue user Elliot, the other party initially tried to deny they were at fault in this serious accident. But thanks to the BlackVue dash cam footage the police determined additional charges to the person running the light – she didn’t “just” miss the red light. The footage has also shown that she was traveling between lanes at excess speeds (speed upon impact was calculated based on the video). She didn’t brake, she didn’t avoid hitting Elliott’s car, and she denied being on the phone – although upon zooming in on the footage something resembling phone reflection can be seen despite tinted windows. Thanks to the BlackVue footage, prosecutors were building a stronger case against the culprit.

Without the dash cam footage, it could have been an uphill battle to fight this case – but the video speaks for itself and provides essential details to the insurance company as well as authorities.

Sharing footage with the police

Speaking of authorities, dash cam footage can be useful to the police also directly at the scene of the accident. They can instantly check and see if the stories of the involved parties reflect what really happened. With BlackVue dash cam, it’s very easy to simply connect to the dash cam via direct Wi-Fi and download the relevant videos to your phone or check the playback via the BlackVue app.

In this example, the police officers were sure the driver they spoke to was lying – but they couldn’t prove that he wasn’t telling the truth either. Until the BlackVue user showed the footage recorded on her Full HD BlackVue dash cam (DR750X-2CH Plus model available here). The video was proof enough that the other driver was trying to lie his way out of the situation. The situation in which he not only hit and damaged another person’s property, but he also endangered his own child! Click here for more details of this story.

Insurance claim filing can be a time-consuming hassle. With dash cam footage evidence, you can significantly reduce the time it takes to process the claim and make it a lot smoother.

This video is a perfect example. The other driver insisted they had the right of way – which, as the video clearly shows, they didn’t. There were barely any questions asked during the insurance claim process – everything was caught on the dash cam footage. The case was settled very quickly, saving everyone’s time and additional stress.

Most of the time you won’t need the dash cams assistance. Nobody wants to be involved in an accident, right?

But dash cams have other uses, especially in today’s world ruled by social media. You can capture and share weather phenomena such as lightning storms or document your scenic trips!

We have a whole series of one-hour music videos with BlackVue footage from all over the world. They are compilations from a trip called The Last Overland. The Last Overland was an epic trip from Singapore to London that took place in 2019. It was also a homage to the first overland expedition from London to Singapore back in 1955. The trip spanned over 111 days and 19,000 kilometers!

Peace of mind even when parked

And lastly, you want your car protected even when you’re far away and your vehicle is parked somewhere. Parking lot hit-and-runs are unfortunately more common than we’d like to think – and the culprits aren’t that willing to leave a note with their contact information.

Let us put it this way – you spent thousands of your hard earned dollars on your car. Your car deserves the best protection, and you deserve the peace of mind knowing your vehicle is monitored. That’s why the answer to the question “is a dash cam worth it?” is simple – definitely yes!