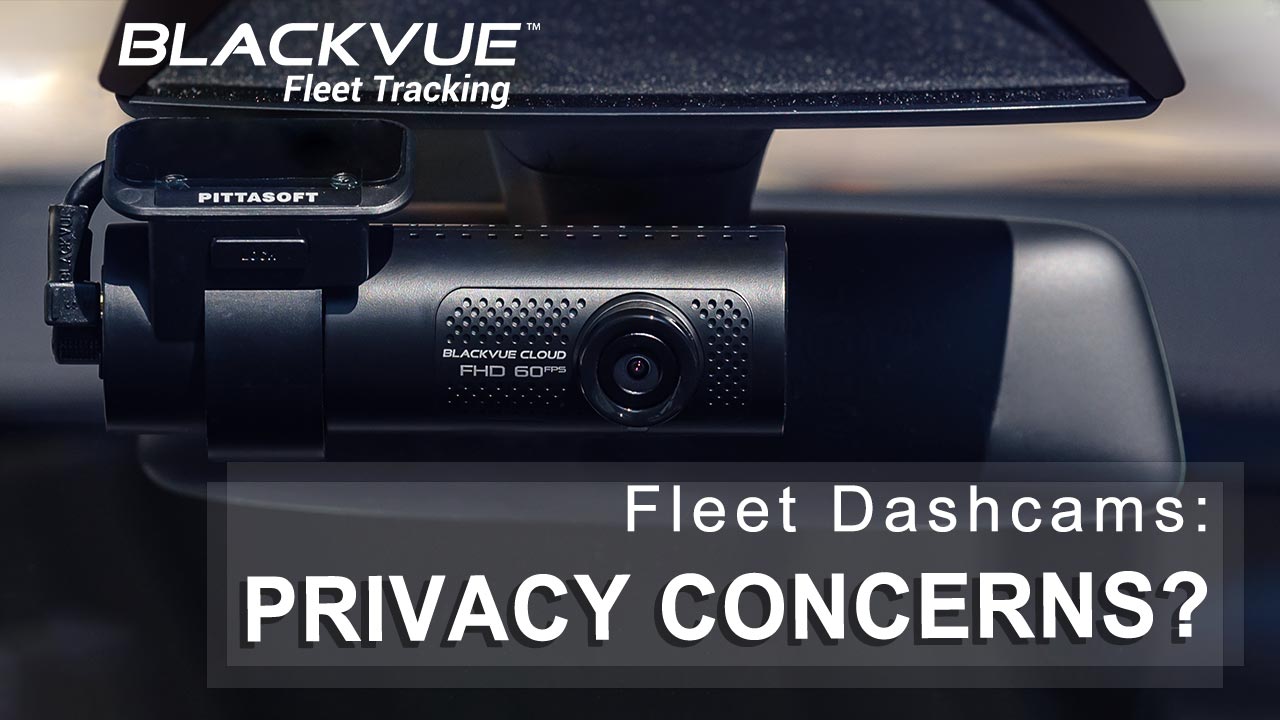 Disclaimer: Please be aware that this article refers to the use of driver-facing dashcams in the US. Privacy laws vary from country to country and even from state to state so we recommend you exert discretion when deploying any monitoring device.

As driver-facing dashcams become more popular among American fleet operators, they’ve also become a rising point of contention among commercial truck drivers. According to a market research report by Grand View Research, the global dashcam market will only increase in size. Experts expect the market to reach $5.94 billion in the next five years. This number indicates that fleet operations only continue to see value in dashcam technology — so why are drivers reluctant to have them installed in their truck cabins?

Most operators would describe dashcams, both driver-facing, and road-view, to be an investment meant to keep their company and drivers safe from liability in the event of an accident. Some drivers, however, don’t see these cameras in the same light. To them, these cameras are a violation of privacy — an all-seeing eye that causes drivers to feel nervous and uncomfortable behind the wheel. Though the apparent intent of a driver-facing dashcam is to monitor in-cabin activity, are they as ominous as drivers may think?

Dash Camera Laws in the US

When the driver-facing cameras came into question in 2014, California Attorney General Kamala Harris stated that installing them in commercial vehicles does not violate the laws and freedoms that protect drivers. As long as dashcams are used solely by fleet operators, in-truck video monitoring is not an invasion of privacy. Today, the use of dashcams in commercial fleets remains legal throughout the US, though each state has different laws on camera placement.

Despite their legality, disclosure is crucial in implementing dashcams to any commercial fleet. There are strict federal and state laws that prohibit wiretapping or unconsented surveillance, so employers must notify their drivers if they are using driver-facing dashcams.

Contrary to popular belief, fleet employers don’t install dashcams to spy on their employees or watch them at all times. Although this level of scrutiny may technically be possible, scanning through hours of footage is a waste of time and effort. So if operators aren’t using driver-facing dash cameras to spy on their drivers, what are they using them for?

For many employers, driver-facing cameras have become a key component in training new drivers. Going over dashcam footage after a training session is a convenient way to assess the trainee’s technique and find areas for improvement.

Managers can track their entire fleet and communicate with their drivers via dashcam-based fleet tracking solutions like BlackVue’s cloud-based fleet-tracker. With a fleet tracking system, you can ensure deliveries are made on time and check in on drivers in real-time after being alerted of an accident.

Driver-facing dashcams are perhaps one of the simplest and most efficient ways companies can reduce liability in the event of an accident. According to FMCA’s most recent research on the cost of crashes, the average cost of a large truck crash is $91,000. This price increases to nearly $200,000 if injuries are incurred.

Dashcams setups with both a road and driver-facing camera allow all parties involved to get the full story behind the accident. In many cases, insurance companies have vindicated the company and the driver in question after reviewing the driver’s actions during the accident. Dashcams also expedite the investigation process and help to deter insurance fraud.

With dashcams, employers can better enforce safe driving habits and ensure that there are no safety hazards present within the cab. Front-facing cameras can also give insurance companies the proof necessary to exonerate employees if their footage showed that they did everything in their power to prevent an accident.

Over time, more drivers have become more receptive to the addition of driver-facing dashcams to their cabs. In essence, this is mostly due to fleet operators who work to stave off the negative perception that their drivers will be continuously watched while they work. To install dashcams without experiencing a turnover in personnel, you must make your drivers aware of your plan and ask for their consent. Doing so will help to establish trust as you begin to integrate this new technology into your work operation.

Talk to your drivers about the intended purpose of your dashcams. Create an official company policy on how all dashcam footage will be used, and make sure your staff is made aware of these new regulations, as well as any consequences for infractions like in-cab misdemeanor and tampering with the equipment. Keep yourself open to driver suggestions as you create your new policy. Be sure to incorporate this new policy in all employee contracts going forward.

Most importantly, you must respect the privacy of your drivers. If you don’t use your dashcam footage for its intended purposes, you could risk losing valuable members of your operation. Worse so, you could run into legal trouble if your drivers find proof that their rights have been violated.

When properly implemented, dashcams are objects not of contention but rather of consensus between fleet managers and drivers. They are tools that economically provide safety to both drivers and fleet operators.