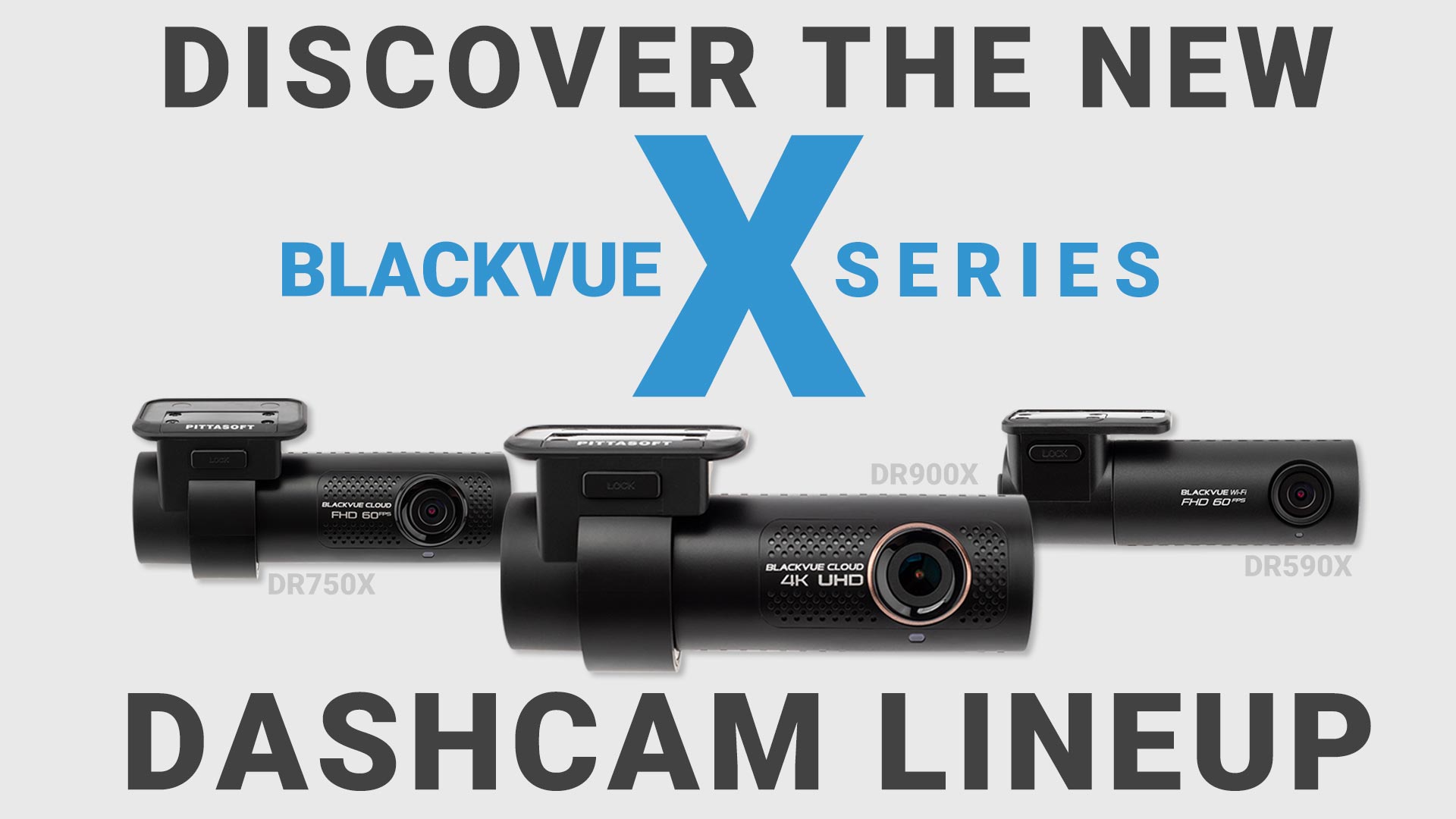 The X Series models replace the DR900S, DR750S and DR590W models. As a bonus, the DR900X and DR750X come with a price drop compared to their predecessors.

The new models sport similar video recording specs, with the added bonus of built-in voltage monitoring and a micro USB port. The built-in voltage monitor lets you hardwire your dashcam and protect your vehicle’s battery without the need for a Power Magic Pro kit. The micro USB port allows for easy Cloud connectivity via plug-in LTE Connectivity Module.

The Specs in brief

With the X Series, the dashcams come equipped with a built-in voltage monitor. The DR900X, DR750X and DR590X models all include the hardwiring cable in the box in addition to the cigarette lighter power adapter. When you hardwire your dashcam, you connect the hardwiring cable to your fuse panel.

The hardwiring cable has three wires: ground (GND, black), accessory/switched power (ACC+, red), and constant power (BATT+, yellow). For this reason, it is also called “3-wire cable” as opposed to “2-wire cables” which include only the accessory and ground wires.
The switched power wire connects to a fuse that should be powered only when your vehicle’s ignition is on. The constant power wire connects to a fuse that should be powered all the time.
Thanks to those two wires, the dashcam is then able to determine when to start Parking Mode based on the ignition status.
The dashcam itself will then monitor the voltage coming from your vehicle’s battery and shut down when reaching the preset value (11.8, 12 or 12.5V).
Both voltage cutoff and timer can be set via the BlackVue App or Viewer.

While we are on the subject of Parking Mode, you might wonder if the X Series models are compatible with the Power Magic accessories (hardwiring kits and batteries). The answer is yes, and that’s because X Series dashcams feature both ignition-triggered and G-sensor-based Parking Mode. That means if your dashcam detects that your car is stationary for five minutes, it will automatically enter Parking Mode, regardless of ignition status.

With DR900X and DR750X, you can connect an LTE Connectivity Module (CM100LTE) which is powered by the dashcam and provides 4G LTE connectivity for your dashcam. This allows you to connect your dashcam to BlackVue Cloud and receive notifications to your phone when your parked car gets hit. It also lets you remotely see what your dashcam sees in real time. Being powered by the dashcam, you do not need to worry about the CM100LTE running out of power like you might with a self-powered router.

Multiple versions: how to pick the right one?

The CM100LTE takes Nano SIM cards and comes in multiple variations: pick one that matches your location.
Which version will work for you depends mostly on the LTE frequency bands supported by your local carrier(s).

Use the LTE frequency band info to pick a model that runs on your carrier’s LTE network.
The reason we share the bands information (B1, B2, etc.) is to let you double-check that the model you plan to get will work on your carrier’s network.
With a bit of research, you can find which bands are covered by your local carriers and get a Nano SIM from a carrier that operates on the bands supported by your CM100LTE model.
To recap, here is what you should consider to pick your CM100LTE:

The DR590X models support LTE-M connectivity and BlackVue Cloud Lite functionality. Note that the CM100GLTE-M will be released at some point in the future. With the CM100GLTE-M, the concept is a little different. It comes preloaded with a SIM card so you do not need to get your own. It is compatible with BlackVue Cloud Lite, which is a simplified version of BlackVue Cloud (with still images instead of Live View). CM100GLTE-M will be released at a later time. We will update on the Cloud functionality and availability as we near the launch date.

Things to keep in mind

We hope you like the new X Series. If you have any question, feel free to contact our Support at [email protected].