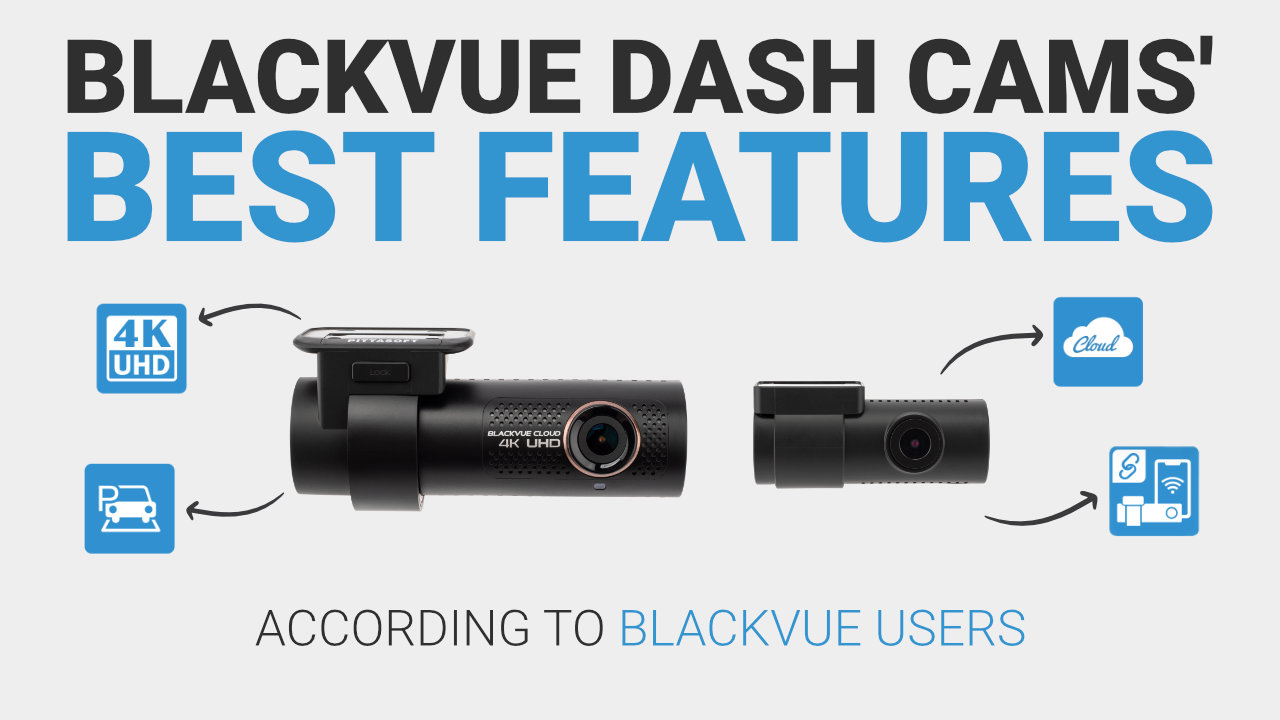 BlackVue dash cams come with a variety of advanced features that help drivers stay safe on the road and keep their vehicles protected even when parked.

We asked BlackVue Ambassadors – a group of avid car enthusiasts representing our brand on their social media profiles, such as Instagram and TikTok – what are their BlackVue dash cam’s best features.

And here are some of their answers!

Reliable and easy to use

While not a feature in itself, many Ambassadors emphasize that BlackVue’s reliability is what sets it apart from other brands.

“Every time someone around you does something dangerous or silly, you immediately think “thank God I have a dash cam” instead of “I hope my dash cam recorded that”,” says Keith (@HonestlyOCD). He then continues, “I’ve never had a moment where something happened and I had doubts I could pull that clip right off of the camera. That reliability is such an amazing feeling!”

But it’s not only the fact that you can always count on your dash cam to record everything that makes it stand out. It’s also about the ease of use – and despite being rich in advanced features, BlackVue dash cams are pretty straightforward when it comes to the installation and using them on a daily basis.

One of the features that makes it so easy to use is Seamless Pairing.

“My favorite feature would have to be the Seamless Pairing. Even though it’s a simple thing, it really makes everything so much quicker and easier,” says Dan (@dan_e92m3).

Seamless Pairing makes connecting to your BlackVue dash cam through the dedicated smartphone app a breeze by doing away with manually entering passwords without compromising on security.

Paulo (@subiepau) says: “BlackVue’s best feature – 4K quality of the video. The ability to provide sharp, crisp video is important, especially in the event of an accident.”

“I love my Blackvue DR900X-2CH Plus dash camera. My favorite feature would definitely have to be that it has the 4K UHD recording with that crystal clear video picture!” adds Nick (@blue_hornet392).

While it’s great to have a dash cam when you drive (in case of an accident), having one record everything when you’re away from your car is just as important. It’s an extremely useful feature to have if you are worried about hit-and-runs or vandalism on your parked vehicle. All BlackVue dashcams feature Parking Mode monitoring. BlackVue Parking Mode activates after the dashcam’s accelerometer detects that the vehicle is stationary for five minutes (or instantly based on ignition status if the BlackVue is hardwired).

“My favorite feature is the Parking Mode. It’s amazing, and it gives you a sense of security knowing you can walk away from your parked vehicle because you have surveillance,” says Morgan (@audipixs.rs5).

Tony (@717Kat) adds: “With parking mode, I never have to worry about missing events that happen around my car while I’m away.”

Many of our NYC-based Ambassadors emphasized the importance of the Parking Mode feature – like Matthew (@Purpl3ish):

“Being in NYC all of the time and needing to have some sort of protection while my car is parked is a big deal. The fact that it can run in parking mode and not drain my battery is a big deal for me.”

And lastly, Dino (@dashcamcroatia) adds: “I can always check who is around my car. There are many fender benders in the parking lot, so now I feel safe!”

“The app is hands down the best feature. It allows me to easily access footage from the camera and download it directly onto my phone within seconds. This is useful when I need to quickly obtain footage in case of an accident, or even if I simply captured something cool that I want to keep! Having the safety of a dashcam is great, but ease of use is icing on the cake.”

Kevin (@kern417) agrees with this recommendation, adding: “The best feature of a blackvue dashcam is integration with my phone. I can download videos at any time by simply syncing up in the app. Making it easy to download videos wirelessly is the most important feature for me.”

The BlackVue app is available for both Android and iOS phones.

Those are just a few of a wide array of features included in BlackVue dash cams. If you’d like to have a look at a detailed comparison table with all available BlackVue dash cam models here.

Are you interested in becoming BlackVue’s Ambassador? You can apply for the BlackVue Ambassador Program here.